Lavarone: a jewel in the dolomites

The mountains and their hospitality will give you and your loved ones precious moments.

You can hardly put into words what it feels like when you walk on the same paths where WWI was fought. Likewise, it is hard to describe the pleasantness of the life in the mountains nowadays and, in particular, of what we believe Lavarone can offer. Some clean air, the fresh water of the lake, the countless paths winding through nature, and the breathtaking landscapes will give you and your family unforgettable emotions.

The Gheser family: 100 years of experience in welcoming guests.

The Gheser family boasts the fourth generation in the hospitality industry.
It was back in 1900 when great-grandfather Romano with his wife Rosa transformed part of the family house into a trattoria. The latter flourished thanks to the presence of workers who were engaged in the construction of Fort Belvedere, pivotal Austro-Hungarian fortress of WWI.

During those years, Romano worked as a real-estate developer, too. With the money he earned from this small business and from the trattoria, he managed to build the “Hotel Centrale”, which will be later managed by his son Vigilio and his wife Pia.
In 1953 Vigilio and Pia began construction of the current “Hotel Miramonti”.
In 1996-1997, the grandchildren conceived of the renovation, bringing us into the present day where we find Cristina, who with passion and commitment modernizes the facility year by year.

Some of our guests who witnessed the growth of our hotel have become part of our family.

Activities for your family on the Alpe Cimbra

An experience with your loved ones between art and nature. A walk suited for everyone

100 km of slopes, 2 ski resorts, 2 baby parks, 2 ski schools, and many other services to suit all tastes.

You are not sure yet? You haven’t booked yet?

Sign up to our newsletter, there are still a few places available to receive a surprise upon your arrival at our hotel. 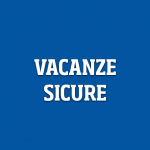